- October 31, 2017
Money, fame and power are just some of the attributes that make today’s world billionaires who they are and these young outstanding Nigerians have achieved that in a very short time.
Young, brimming with ideas and and a determination to achieve the impossible, these three young men are pragmatically carving a niche for themselves in the global centre stage as respectable billionaires in their own right:

Sijibomi is notably the youngest Nigerian man so far to reach a billion in earnings from business investments.
The 34 year old entrepreneur who is the CEO of Sujimoto, a real estate business empire, was featured in Forbes Africa as a brave young Entrepreneur, an astute businessman with the capacity to change the Nigerian real-estate industry.
Mr. Ogundele boasts of a vast degree of experience as a venture capitalist and investment strategist has provided a solid background in ensuring Sujimoto achieves its mission in the establishment of classy housing units in Nigeria that can compete with its counterparts globally.
In a previous interview with Punch, Sijubomi revealed his affection for fast cars and antique watches. He got the inspiration for the name Sujimoto from a Japanese university professor he encountered, Dr. Sujimoto Koga who had a profound influence on him.
The very articulate Siju loves the luxurious lifestyle and he is not afraid to enjoy the best things in life. At 33, he bought a pricey Patek Phillipe wristwatch that costs $150,000 (N23 million) and when asked, he said he procured it so his grandson can one day use it.
The young man who had a very humble beginning in Agege is responsible for the popular Medici Terraces at Milverton Road, Ikoyi. The buildings are architectural masterpieces that would make jaws drop instantly.
Mr Ogundele is on the fast lane to unparalleled wealth and he is just a few years away from becoming the next Dangote. His exploits have helped to put Nigeria’s name on the global map especially in the real estate and construction trade.

Ladi Delano earned his first millions by going into the liquor business during his time in China. At the young age of 22, he founded Solidarnosc Asia, a Chinese alcoholic beverage company that made Solid XS, a premium brand of vodka.
Delano is now the co-founder and Chief Executive Officer of Bakrie Delano Africa – a $1 billion joint venture with the $15 billion Bakrie Group of Indonesia at the age of 35.
Ladi re-invented himself and his brand with Bakrie Delano Africa which is centered on identifying investment opportunities in mining, agriculture and oil & gas and executing them in Nigeria.
He has been featured by Forbes as one of Nigeria’s top earners to watch out for in the nearest future.

40-year-old Igho Sanomi is the founder and CEO of Taleveras Group, a Nigerian energy, power and construction conglomerate. He was born in Delta State to a devout catholic father who was a retired Assistant Inspector General of the Nigerian Police.
Mr Sanomi’s mother, Mabel Iyabo Sanomi holds a Royal title of Yeye Jemo of Isotun Ijesha Kingdom in Osun State.
Taleveras is arguably one of Africa’s largest energy trading companies, trading close to a billion barrels of crude oil and millions of tons of condensates, gasoline, jet fuel and LPG every year.
Taleveras also owns substantial stakes in two oil blocks in Nigeria as well as lucrative production sharing contracts (PSCs) in three offshore oil blocks in Ivory Coast. The group Power subsidiary constructs electrical substations in Nigeria and also owns a majority stake in the Port Harcourt Electricity Distribution Company.
The towering conglomerate has an annual turnover of several billions of dollars. Igho Sanomi is the controlling shareholder of the group.
At 40, Mr Sanomi is arguably one of the youngest kings of oil and gas Nigeria has ever seen.
Credit:  NigerianMonitor 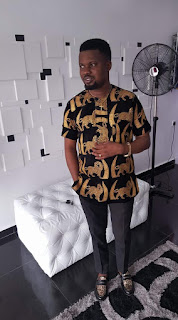 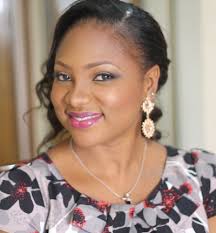 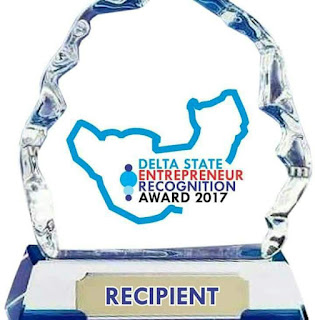